UPDATE: Train hits the back-end of semi-truck in Lacombe

The train has now moved from the intersection at of Highway 12 and 2A and traffic able to flow through the intersection as normal. Lacombe Fire Department Chief, Dennis Cole can confirm there were no injuries to either the driver of the semi-truck or anyone inside of the train. He says he's already dealt with two vehicle collisions with train in just this year alone.

"It's not a common occurrence. When they do happen, it could be fairly catastrophic. Luckily enough, with this one here the engine struck the back of the semi trailer," said Cole.

Around 10:00 AM this morning (March 10), a train collided with a semi-truck hauling a livestock trailer. The train appeared to have clipped the back-end of the semi-tractor trailer. Lacombe Police Services, Lacombe Fire Department, and EMS were on scene. There did not appear to be livestock in the trailer.

Following the collision, the driver was able to safely park the semi-truck. However, the train continues to block Highway 12 at the intersections of Highway 2A and Highway 12.

Updates will be provided when available. 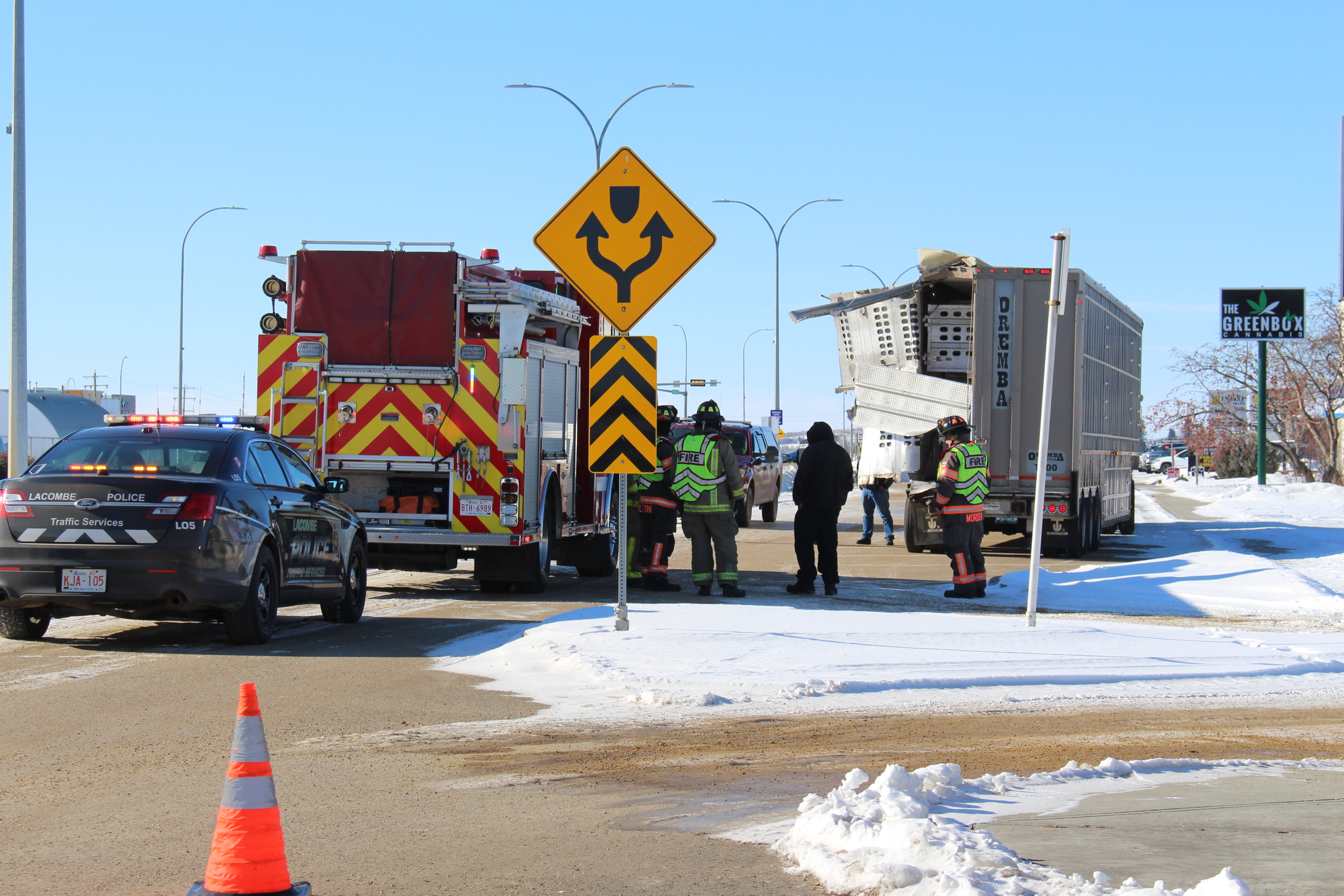 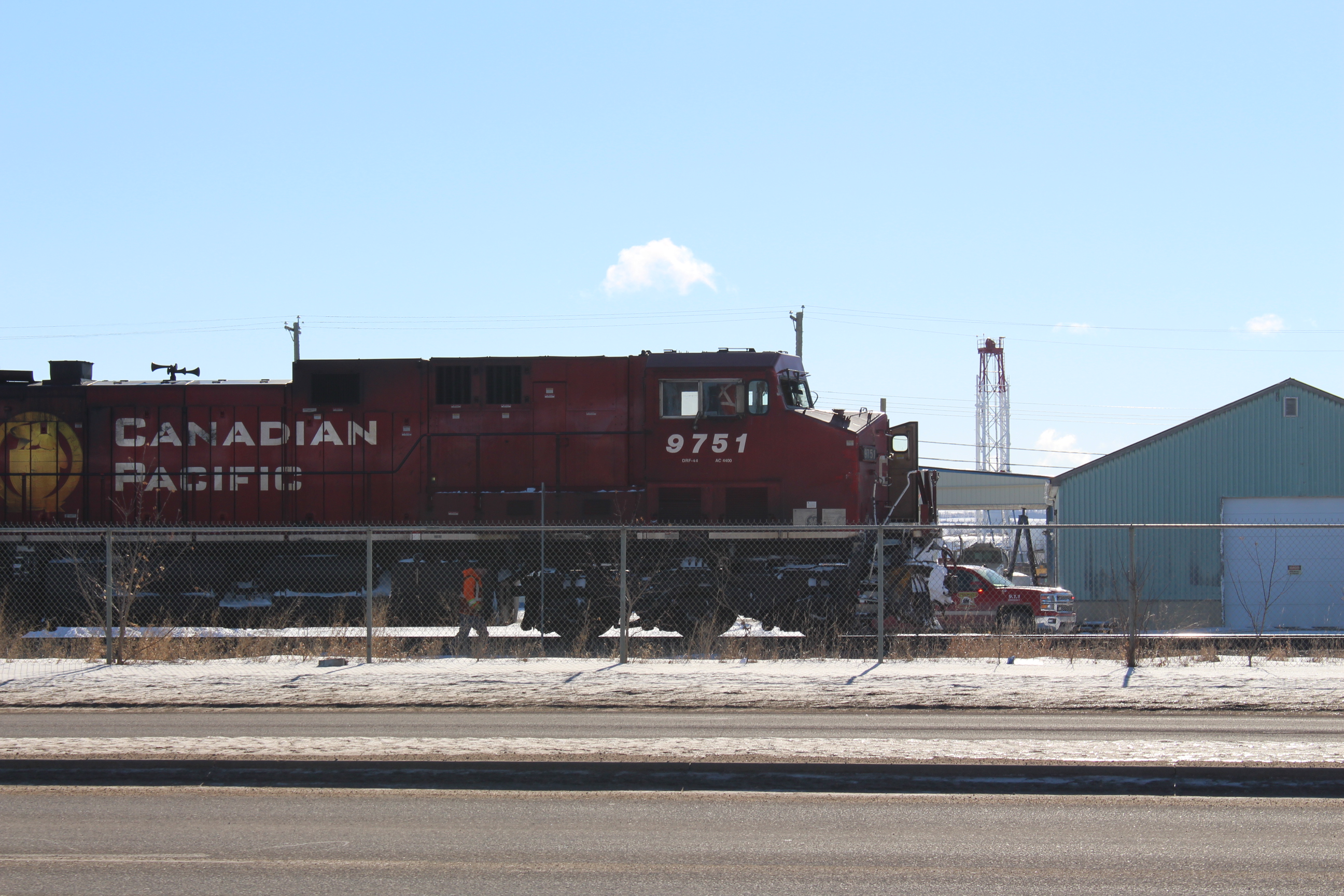 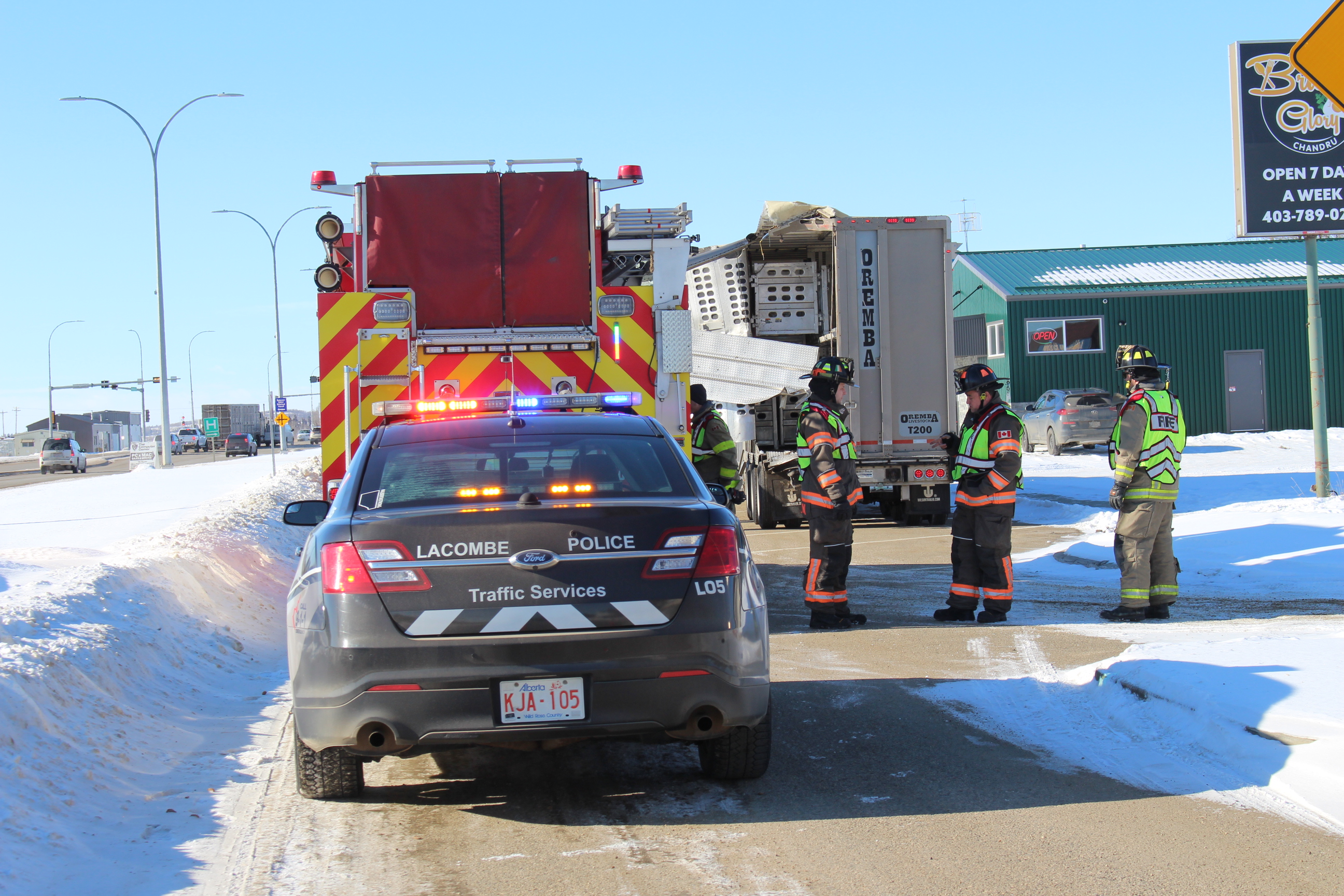 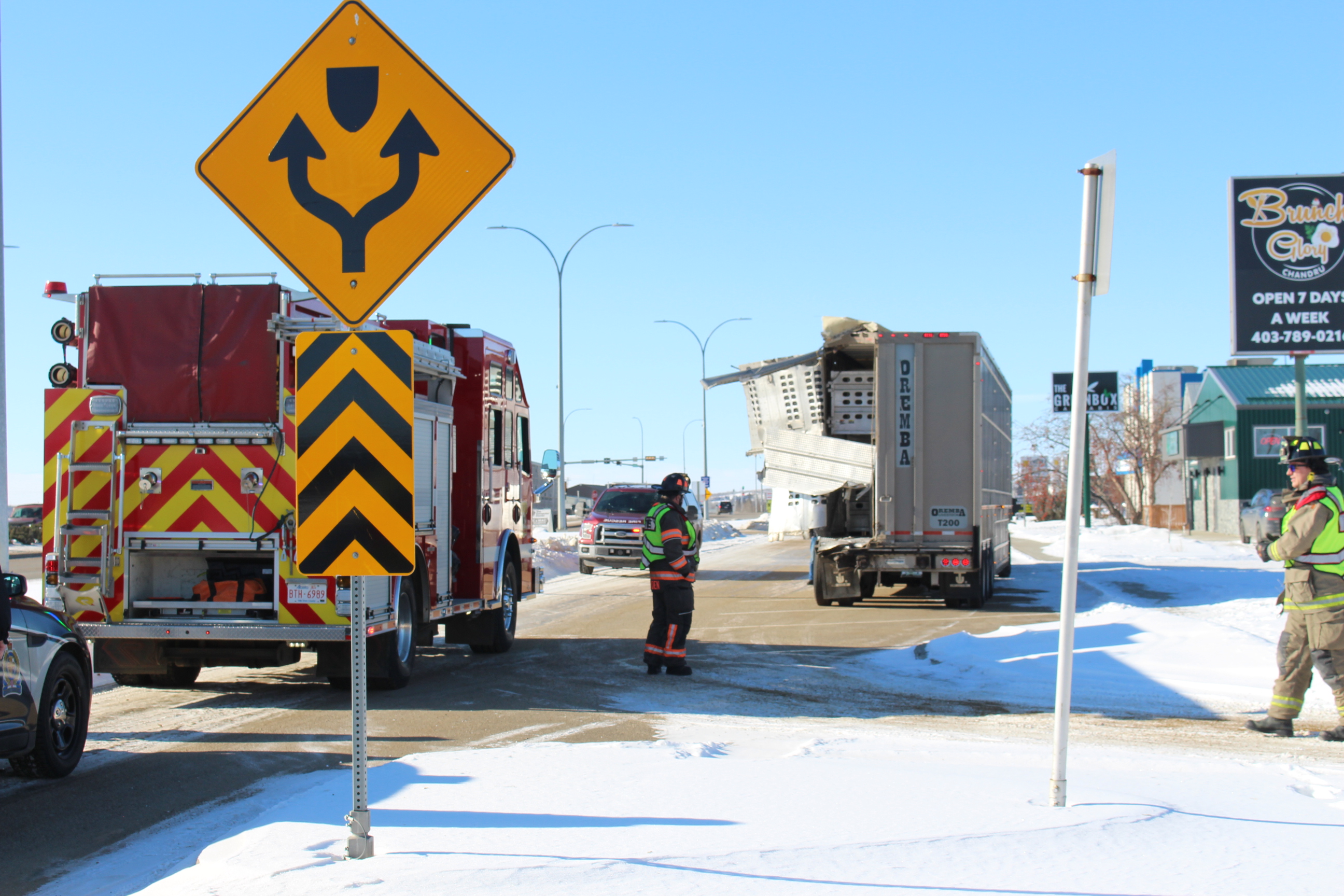