It was stormy Saturday evening throughout Central Alberta on July 16. Showers, hail, winds, and lightning could be seen throughout the area.

Unfortunately, for one couple in the Red Deer County high winds were what ‘raised the roof’ during their outdoor wedding reception. The reception took place off of River Road, north of Markerville.

DJ with Juiced Audio & Lighting Inc., Adam Hamilton was watching the moody skies to ensure he was prepared to cover up their equipment, if needed.

“There's no confirmed tornado warnings or anything as far as we knew on Saturday that we didn't have any cell service. I was trying to watch the radar as the day went on and we were dodging storms all day. There was one passing to the North of us and to the South of us, we could see them as they went. We thought by the time everything hit at around 9:00 that we might be in the clear,” said Hamilton.

“Then, I saw another kind of wave of clouds coming and my signal to my partner to watch out for that because we thought we might just get some rain and we had to take care of our sound equipment and things, but so I wanted him and us to be prepared for that,” added Hamilton.

There were two smaller tents and one larger tent that people began bracing when the heavy winds began to pick up.

“The wind got stronger and people started to hold down the big tent and then literally five seconds after that happened everything was gone. It all blew into the trees right beside where the tent was set-up. All of my DJ gear toppled over our computer was destroyed. There was some other damage to some of our other stuff. It was just insane how quick it happened and how quick it rolled through. The best way I could describe it was a ‘wall of wind’. It just took everything down and then some hail followed after not too heavy thankfully, because we were all scrambling to get clear and safe and it was just a crazy day,” said Hamilton.

Thankfully, Red Deer Emergency Services was on scene quickly and Hamilton believed that four adults and one child were treated with injuries from the blowing items, and tent scaffolding.

Hamilton clarified that the red spots in the photos taken are from wine and deserts and are not blood.

“Two ambulances and two fire trucks attended the scene and they did a great job of getting there very quickly. Thanks to Red Deer Emergency Services for doing such great work out there and making sure everybody was safe,” said Hamilton.

Hamilton left the scene shortly after he assessed the DJ company’s damages and helped to clean up the mess but noted a small gathering around a with the bride and groom fire after the initial incident took place.

“I really feel for the bride and groom. The couple that waited for many years to finally get married, and then they finally pull the pin and get through COVID after a couple years. Then, finally get to have their wedding day and then this happens,” said Hamilton.

He hopes everyone involved in the incident has safely recovered. 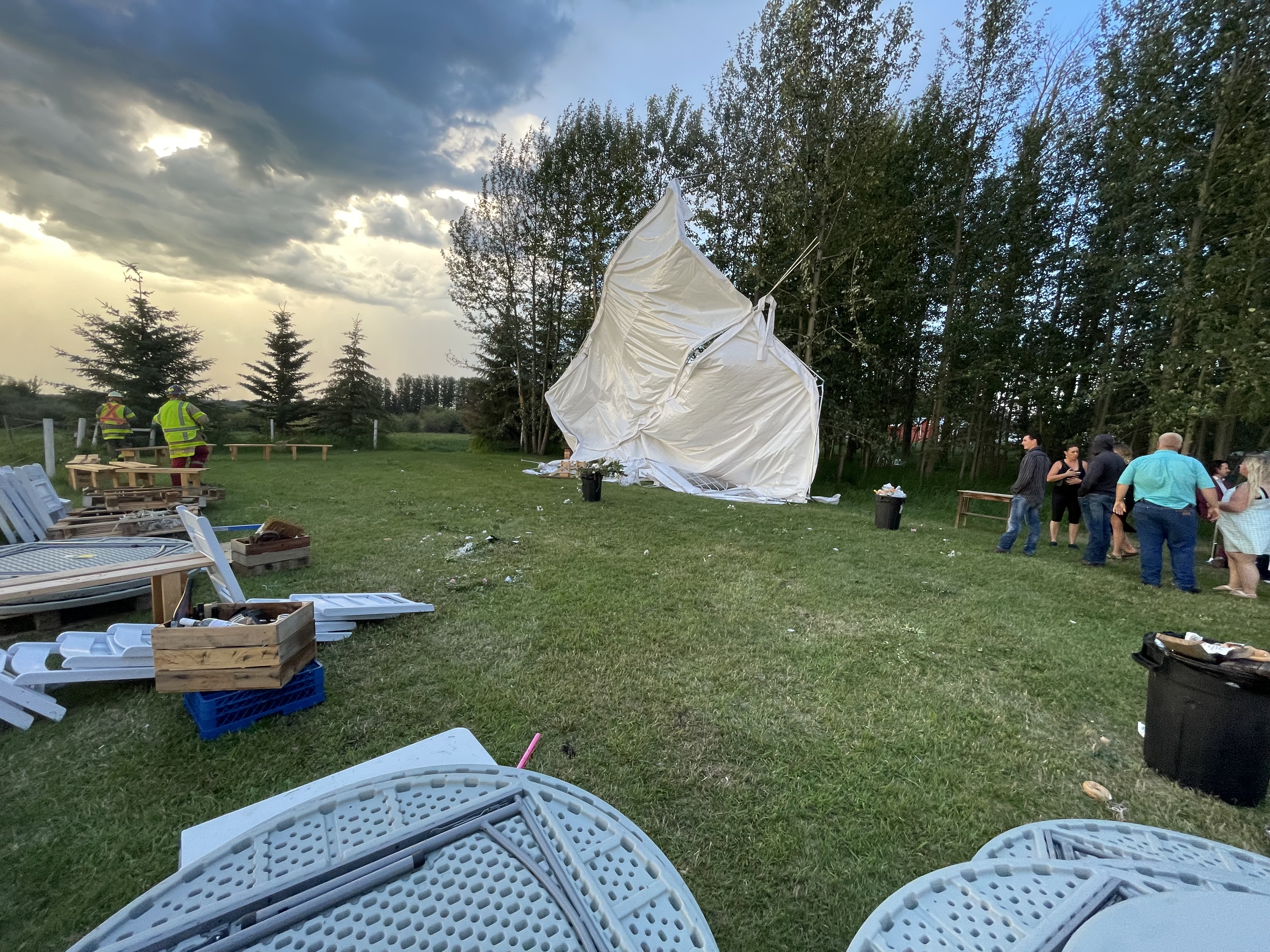 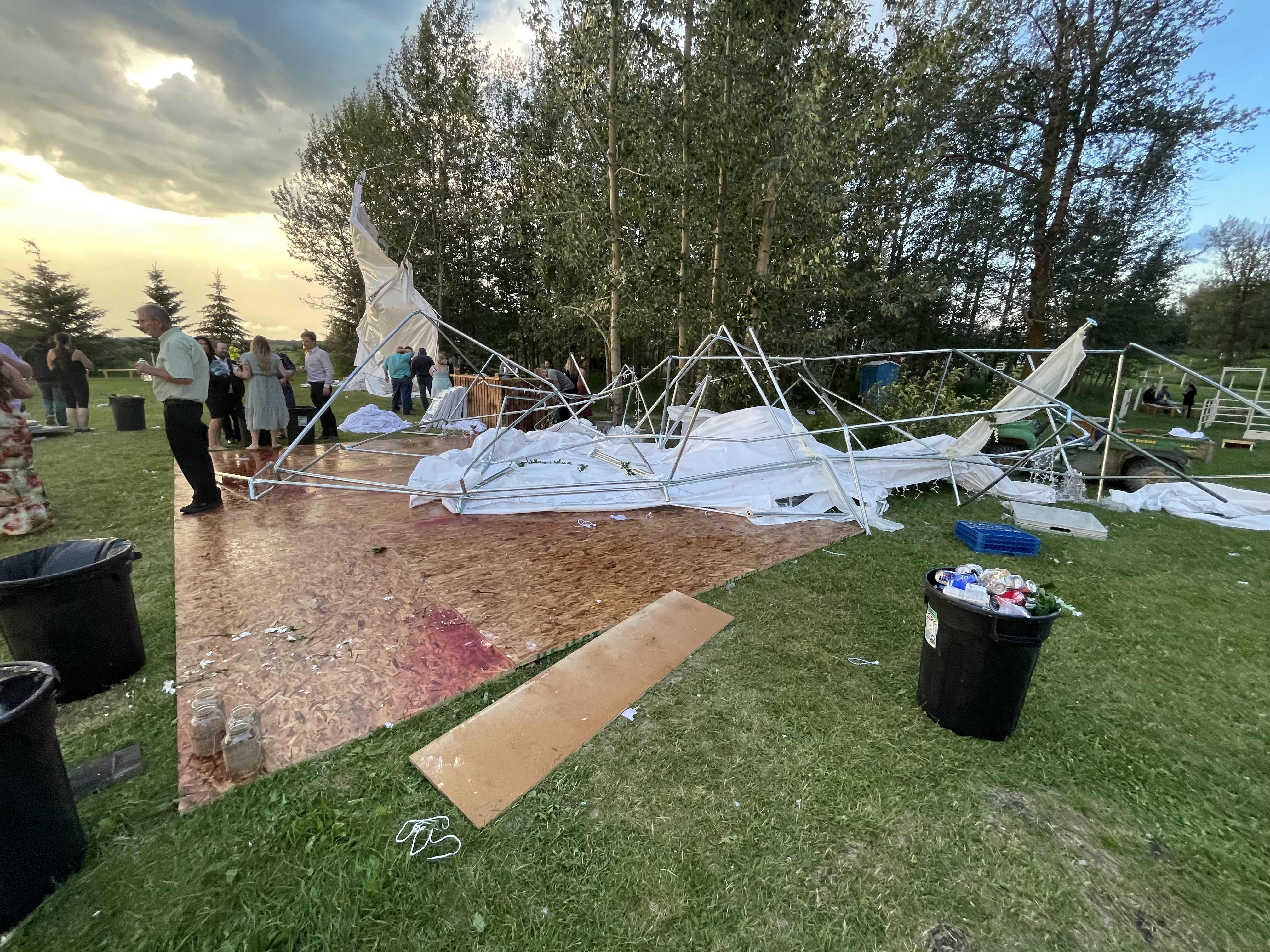 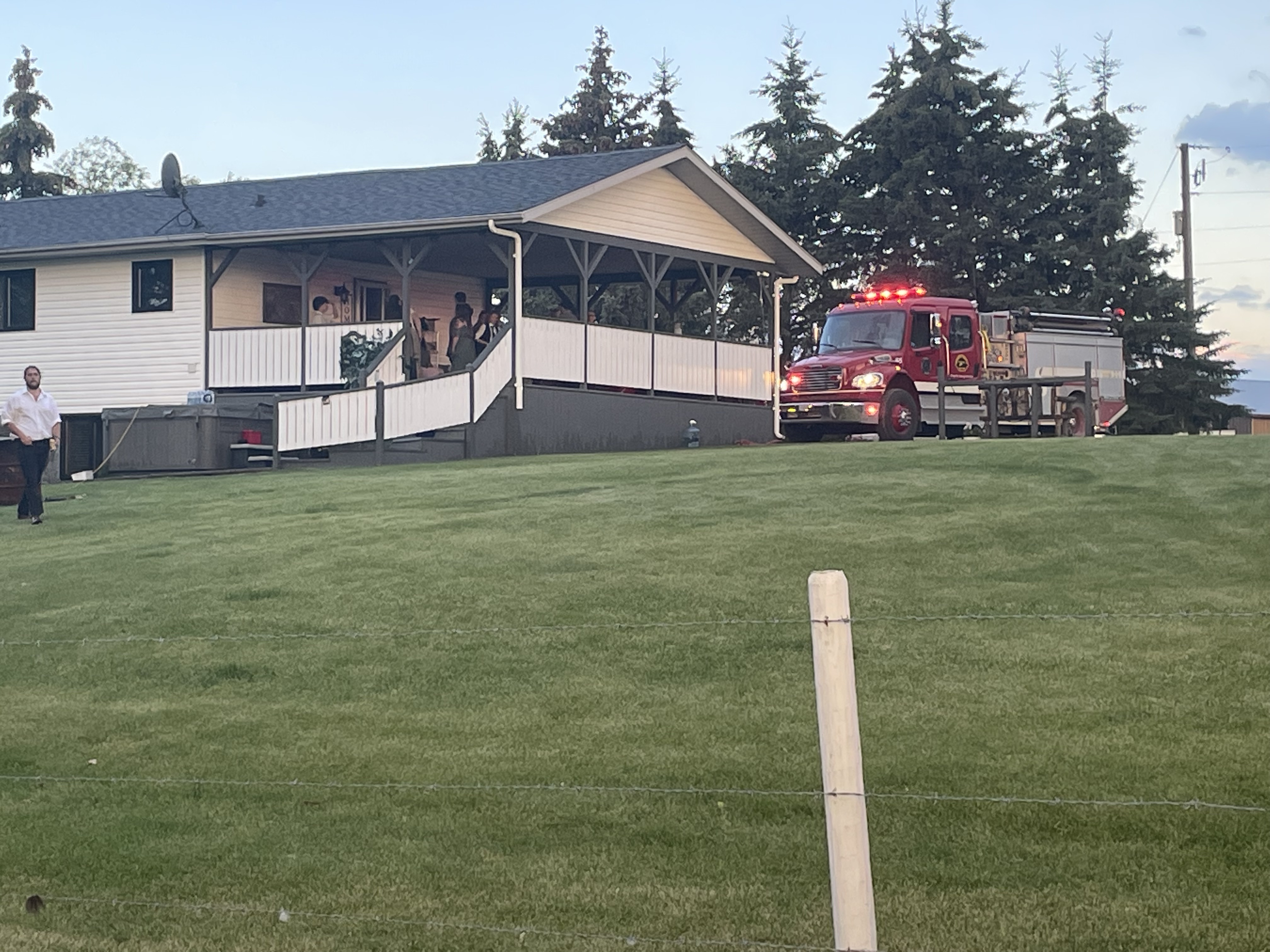 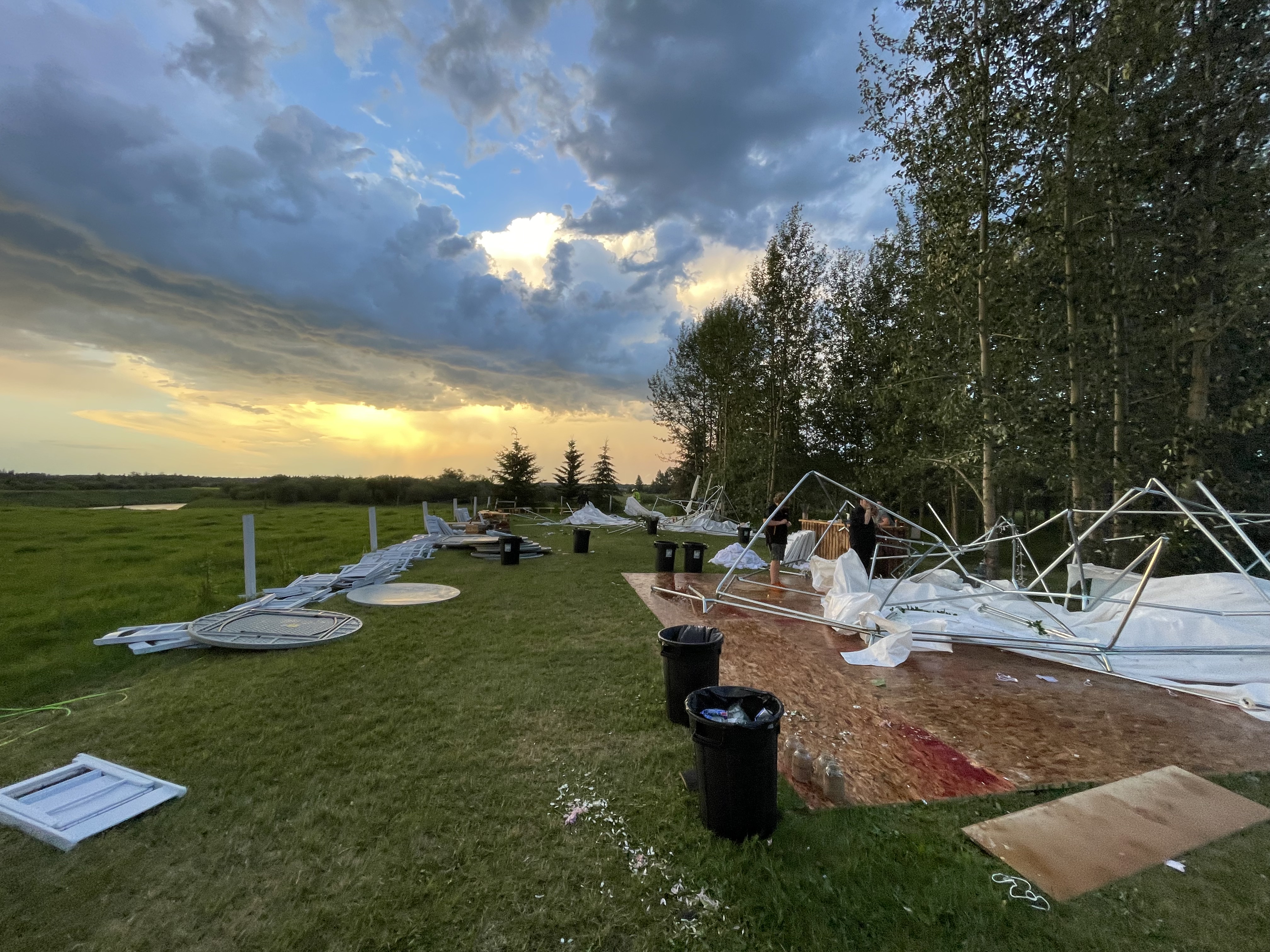 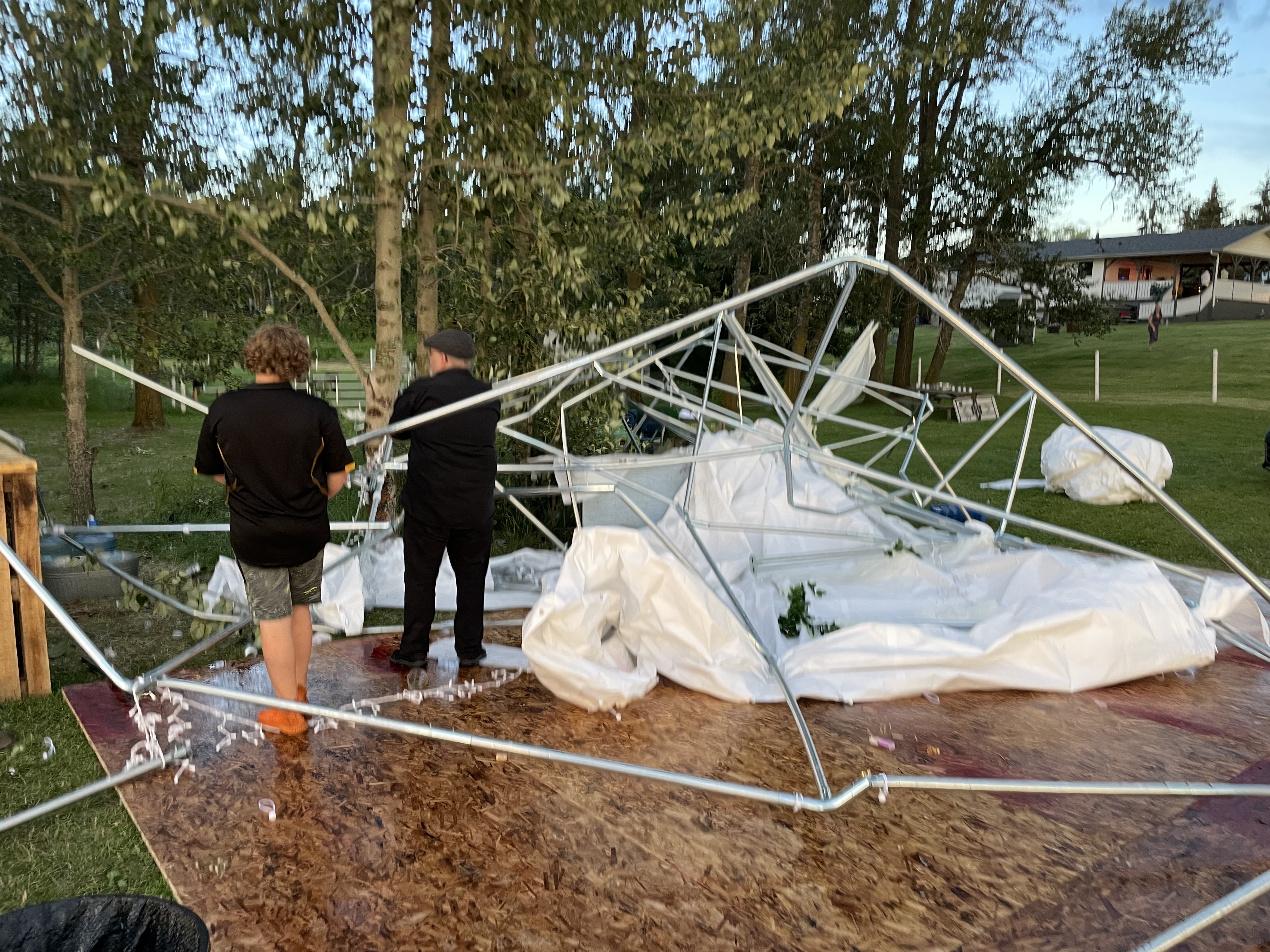 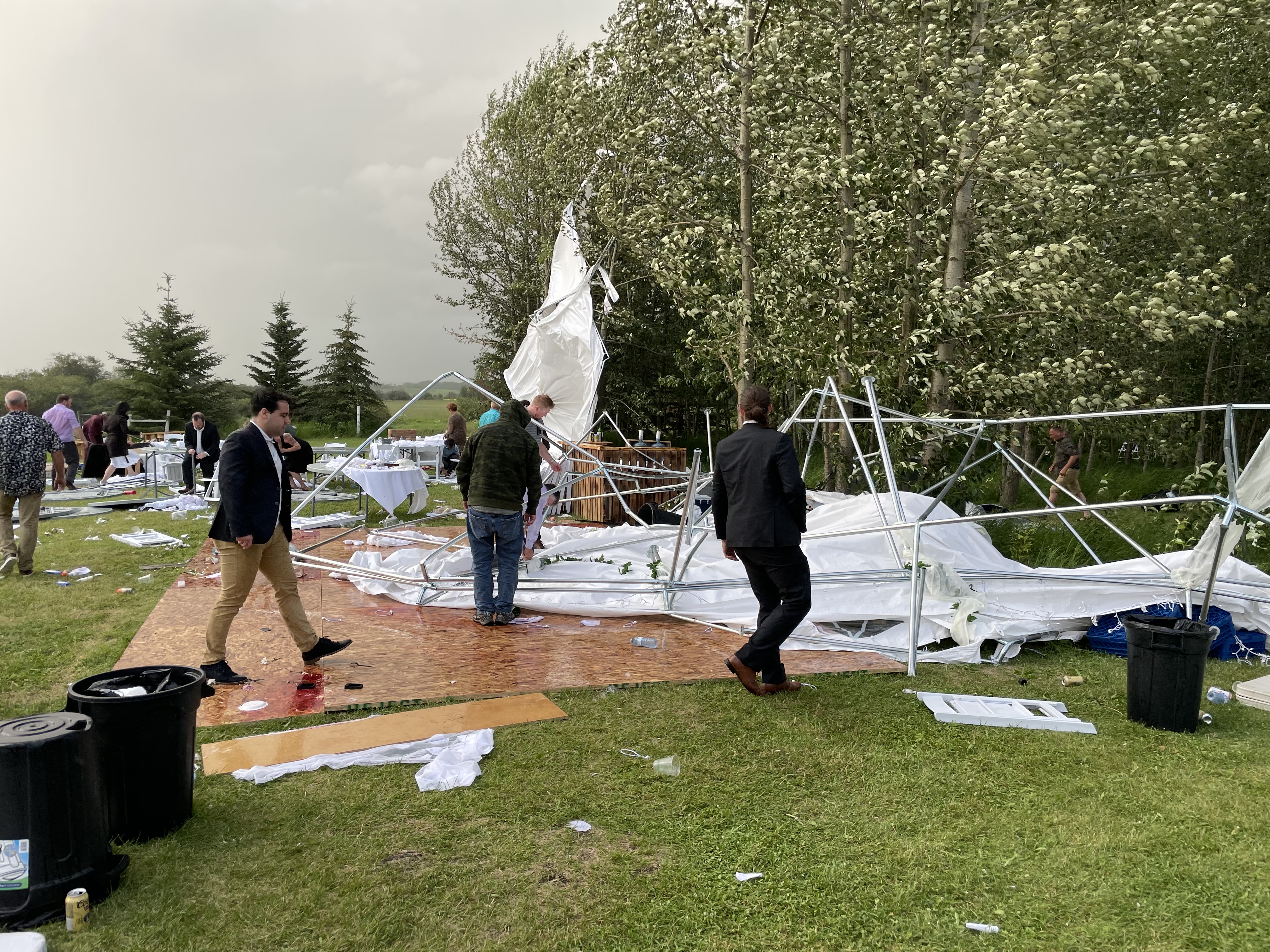 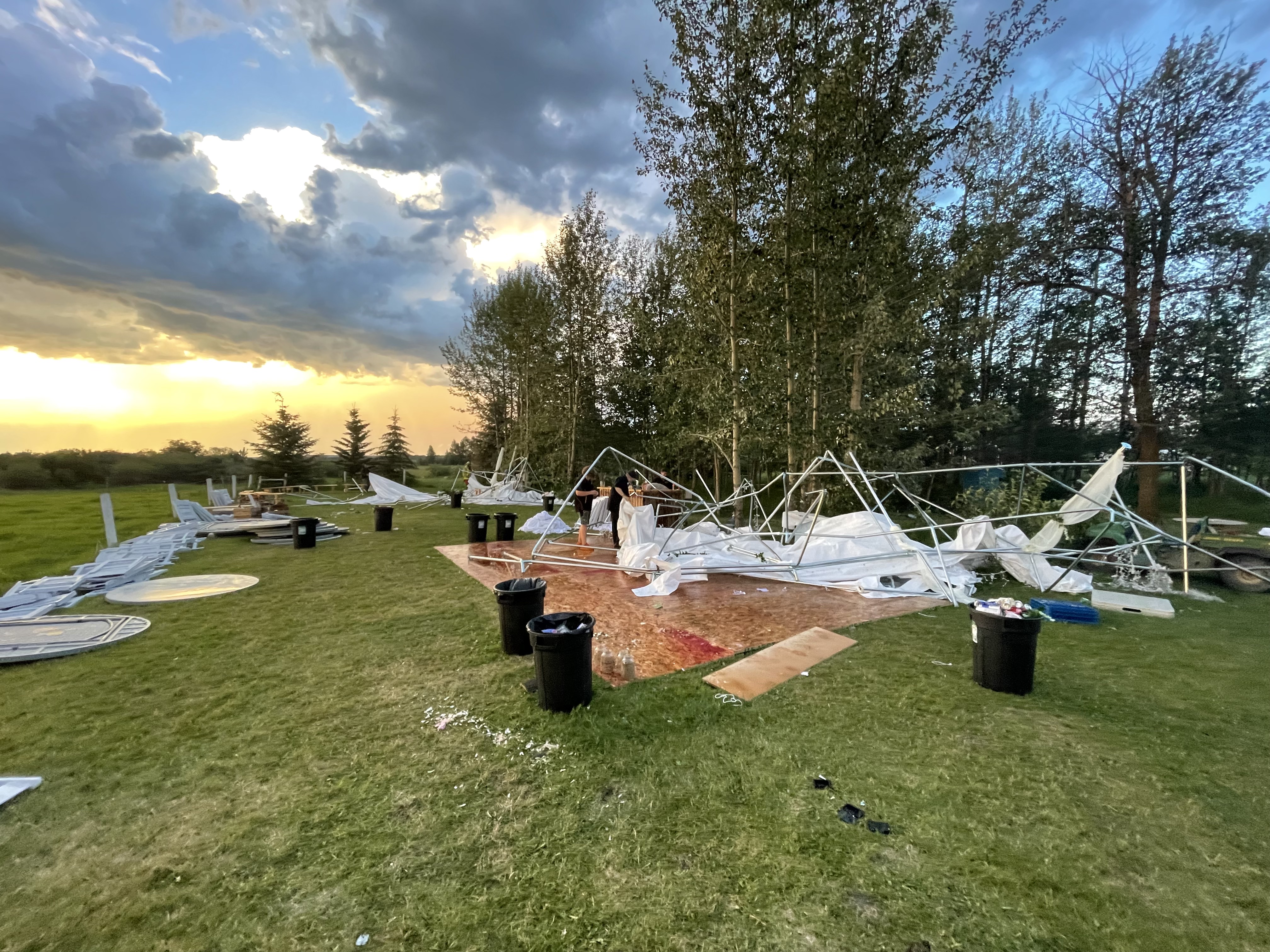 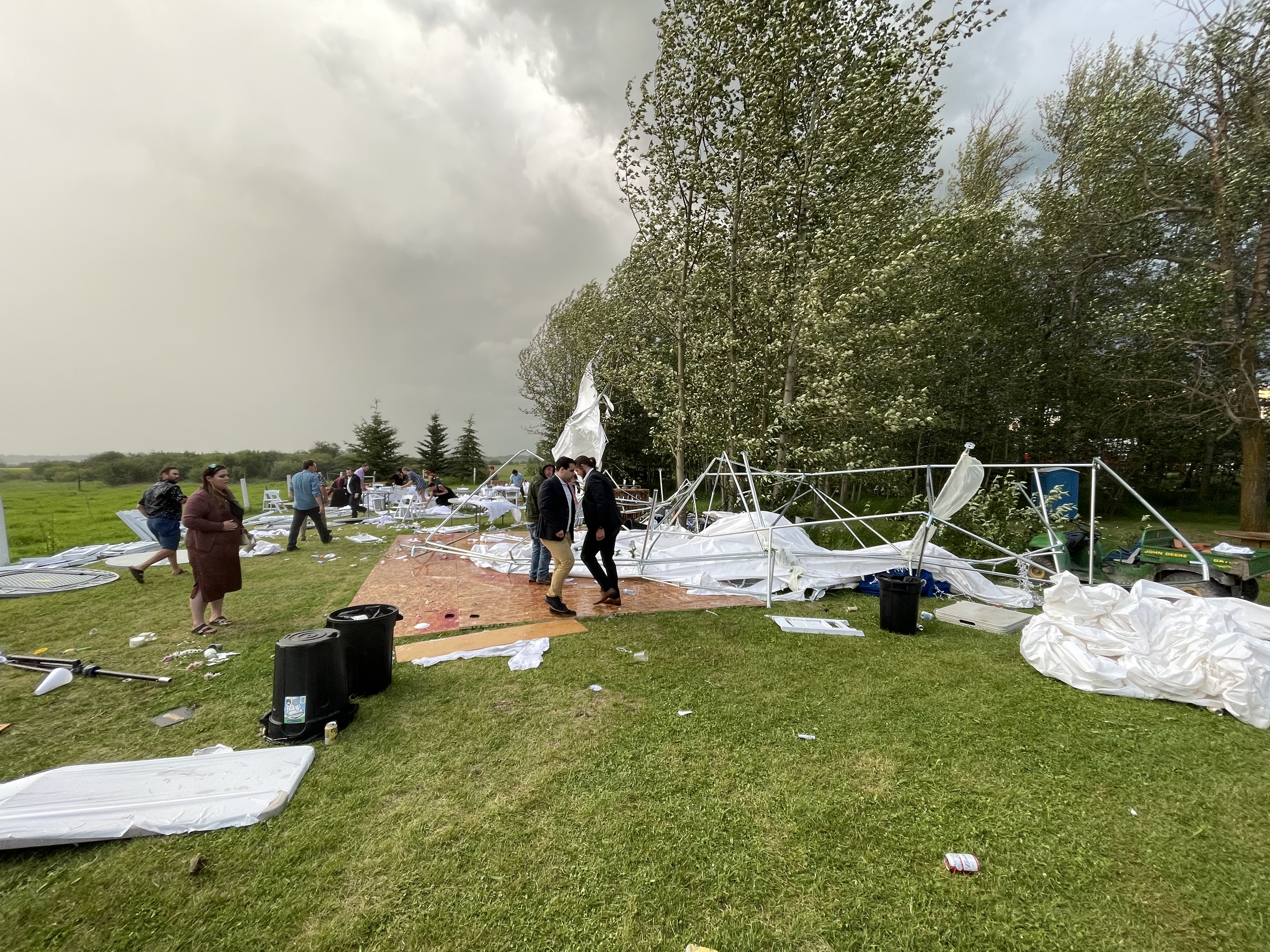 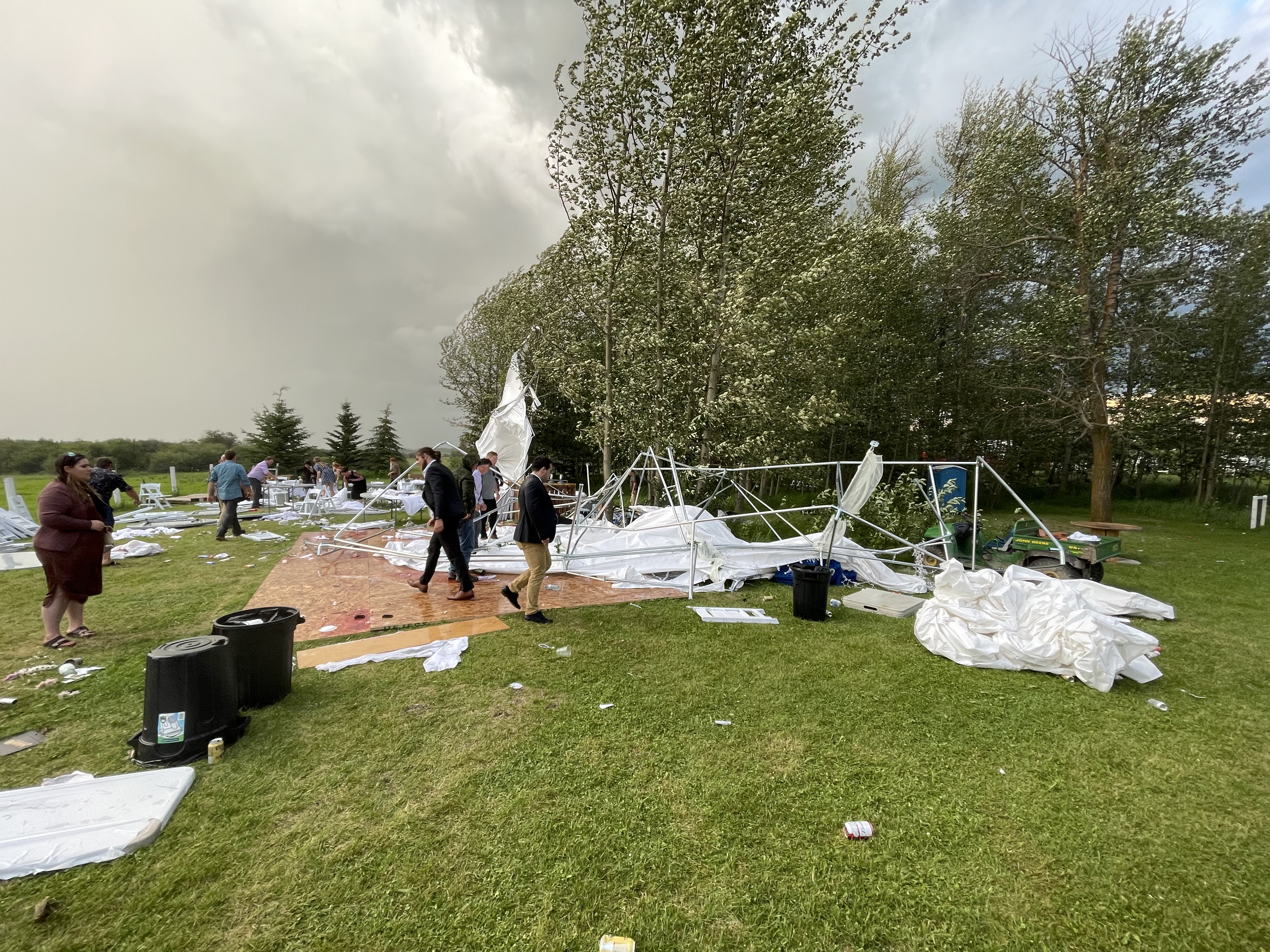 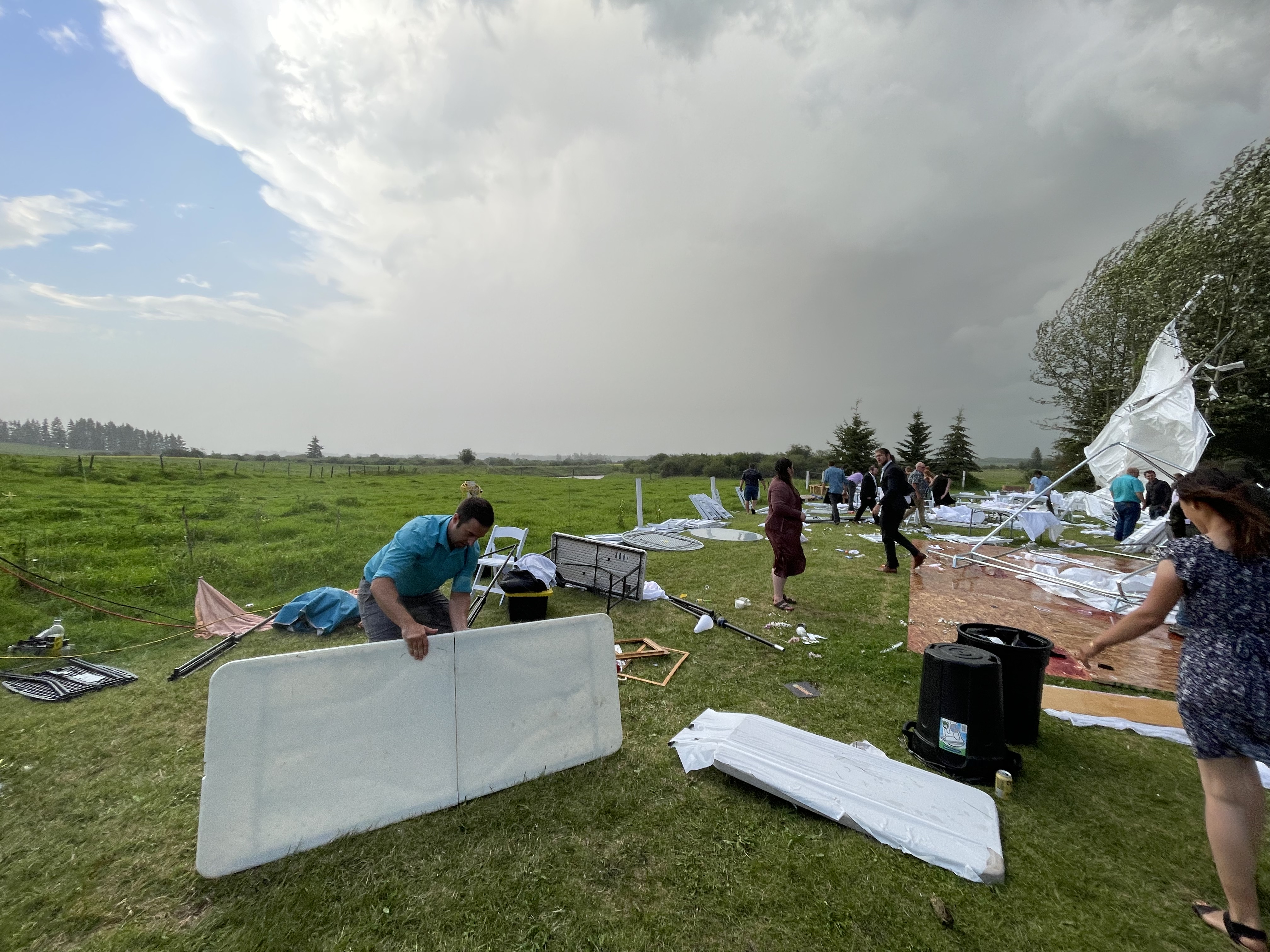 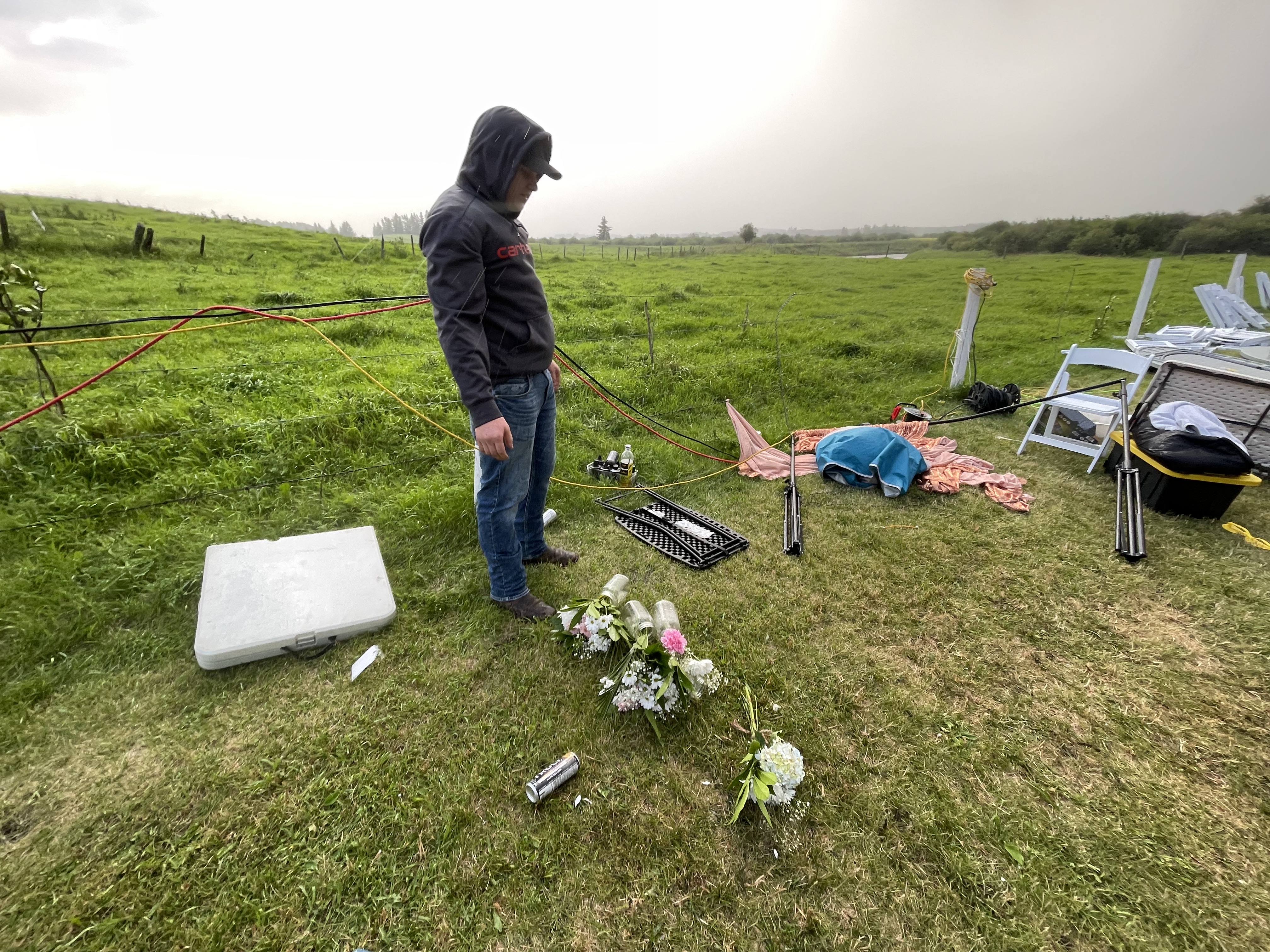 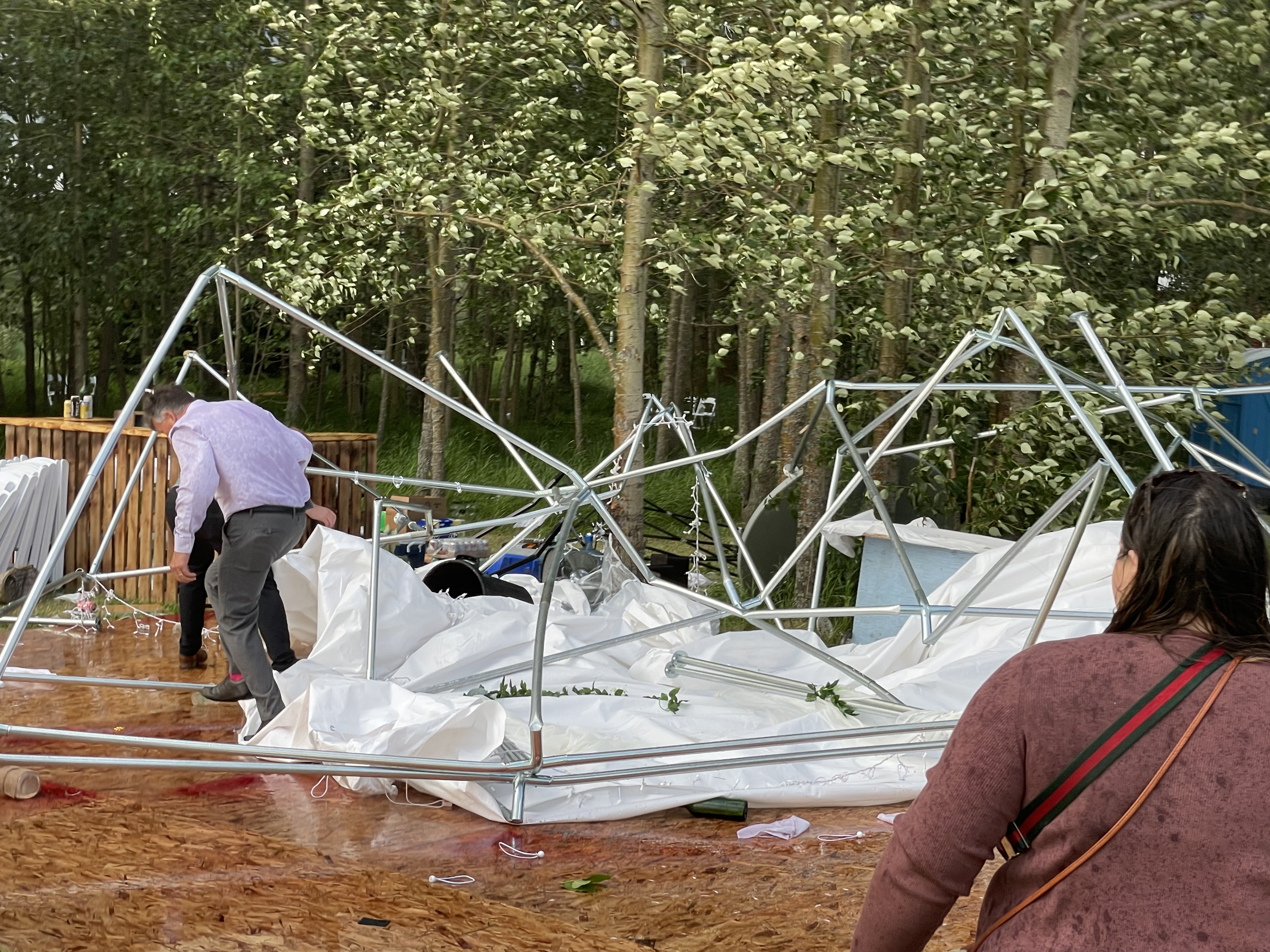 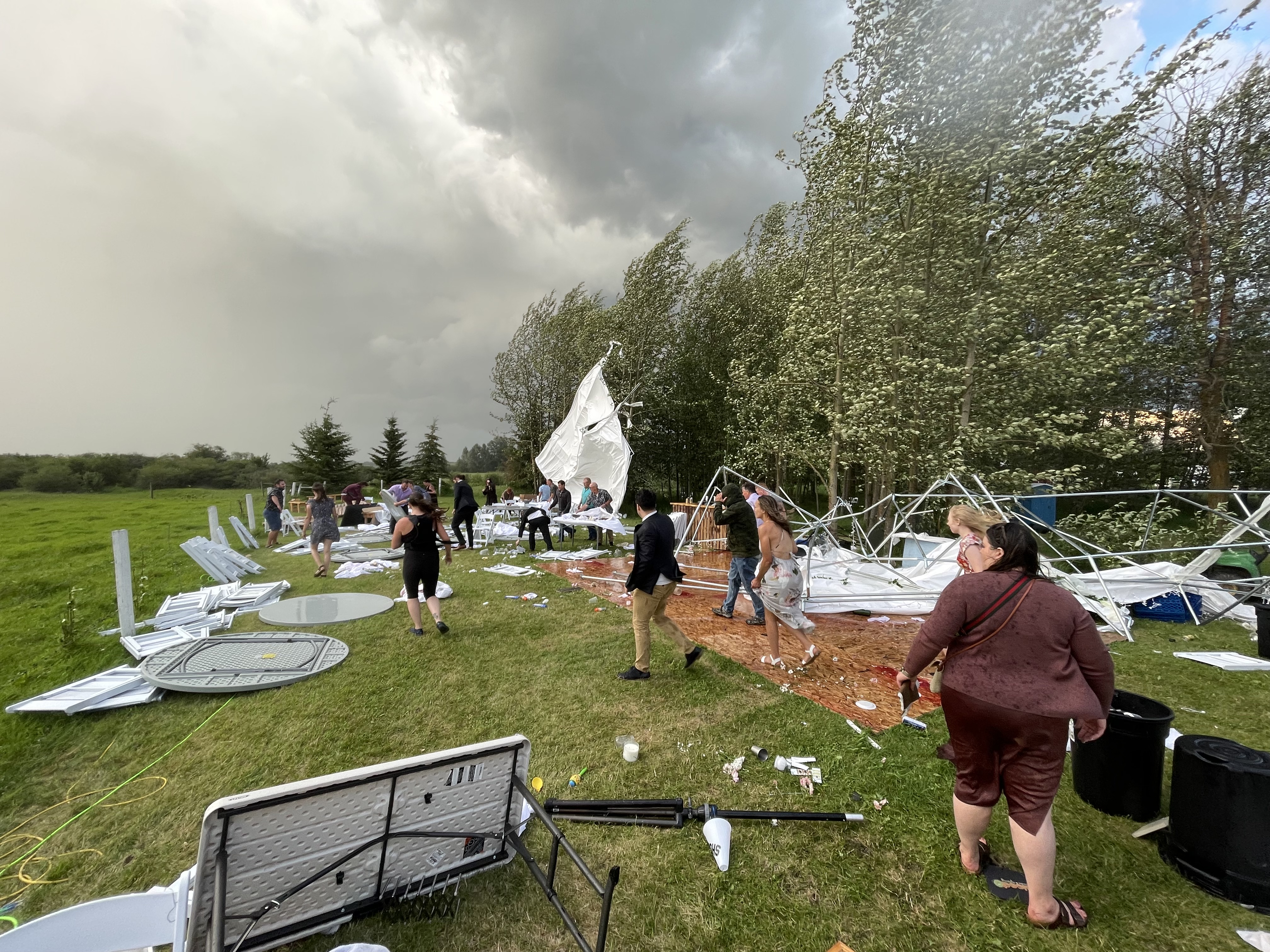 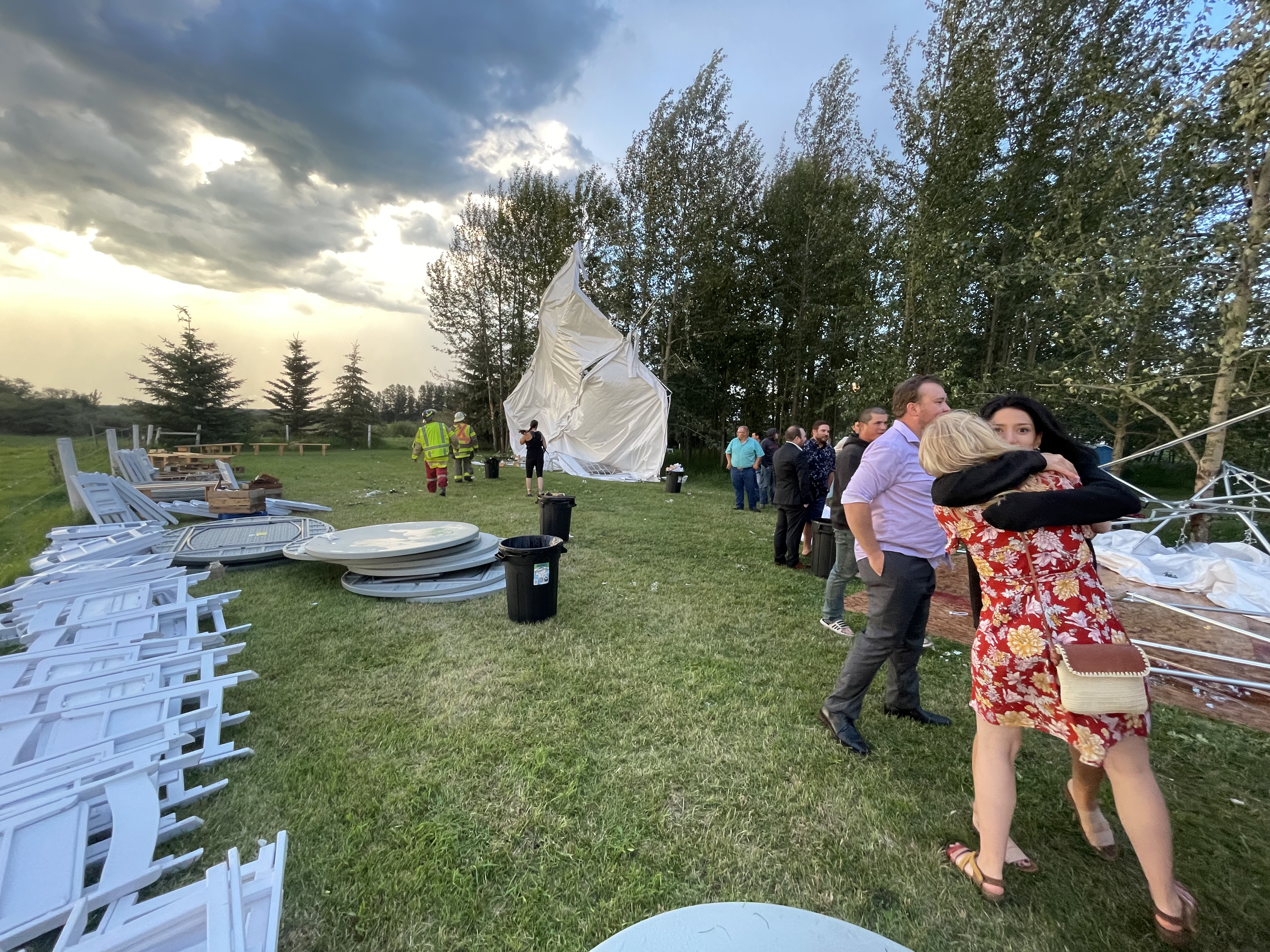 Parks, trails, arts and culture considered important to Red Deer according to survey