Lacombe residents, Norm and June Bussy are looking to highlight the heroic actions of the local Travelodge Manager, Jenny Evans. Evans sprang to action early in the morning on New Year’s Day when a structure fire broke out on a neighbouring fourplex on 45 Street in Lacombe.

“We do security checks and I heard a residential fire alarm. I first thought it was one of our rooms and a young girl opened a window across the street and she started screaming for help. I dialed 911,” said Evans.

Evans struggled to get ahold of 911 due to poor reception on the hotel’s landline phone and some challenges with emergency dispatch.

“I was on a cordless phone that was connected to the hotel. It's a landline... Luckily, in the beginning I said I was in the back of the Travelodge in Lacombe. Anytime I left the public sidewalk to walk up to the residence, I would lose reception,” said Evans.

“After I lost them three times, I just threw the phone in my pocket and just started knocking on doors. I'm just I'm so glad that everyone is safe, and they're here with us, so it was it was great,” said Evans.

Jenny Evans evacuated the entire fourplex and helped tend to one of residents who was injured fleeing the blazes from the structure’s rooftop all before the Lacombe Fire Department arrived. The injured resident is in hospital in critical but stable condition.

“She responded right away. A lot of people wouldn't respond, right? You would stand there and go ‘okay’. I don't think she realizes herself what she's done,” said Norm Bussy, a resident of one of the effected units.

“I couldn't imagine if my house was on fire. I would hope that someone passing by would do the exact same thing,” added Evans.

Bussy claimed in the confusion of limited phone reception, emergency dispatch thought the incident was a prank call. It was a challenge to get the message across and into the ears of the Lacombe Fire Department but once they were notified the crew did quick work to get the flames under control.

“The response was great once they got the call.You got to remember, they still got to get to the Fire Hall and the fire. My squawk about that is that too much stuff can happen in that time, we shouldn't have to phone 911 and get Red Deer. We should be able to phone a number, or 911, or whatever, right to the police station here,” explained Bussy.

Evans said the fire started at 4:30 AM and she was back to work in the hotel by 5:20 PM providing free lodging for effected residents.

Following the traumatic event, Bussy says he has received nothing but kindness from the community. Red Cross and Lacombe Victim Services have helped the residents from the affected units with food and lodgings. Meanwhile, community members have offered to pay for Norm and his wife’s meals at local restaurants as well.

“I'm impressed with some people. It just gave me hope in people again. It brings tears to my heart,” said Norm Bussy tearfully.

Above all, he wanted people to know about Jenny Evan’s bravery and just how thankful he was for her quick actions.

“I want it out there. There are people in this town that deserve the recognition and she does. They have no idea what she's done,” he added. 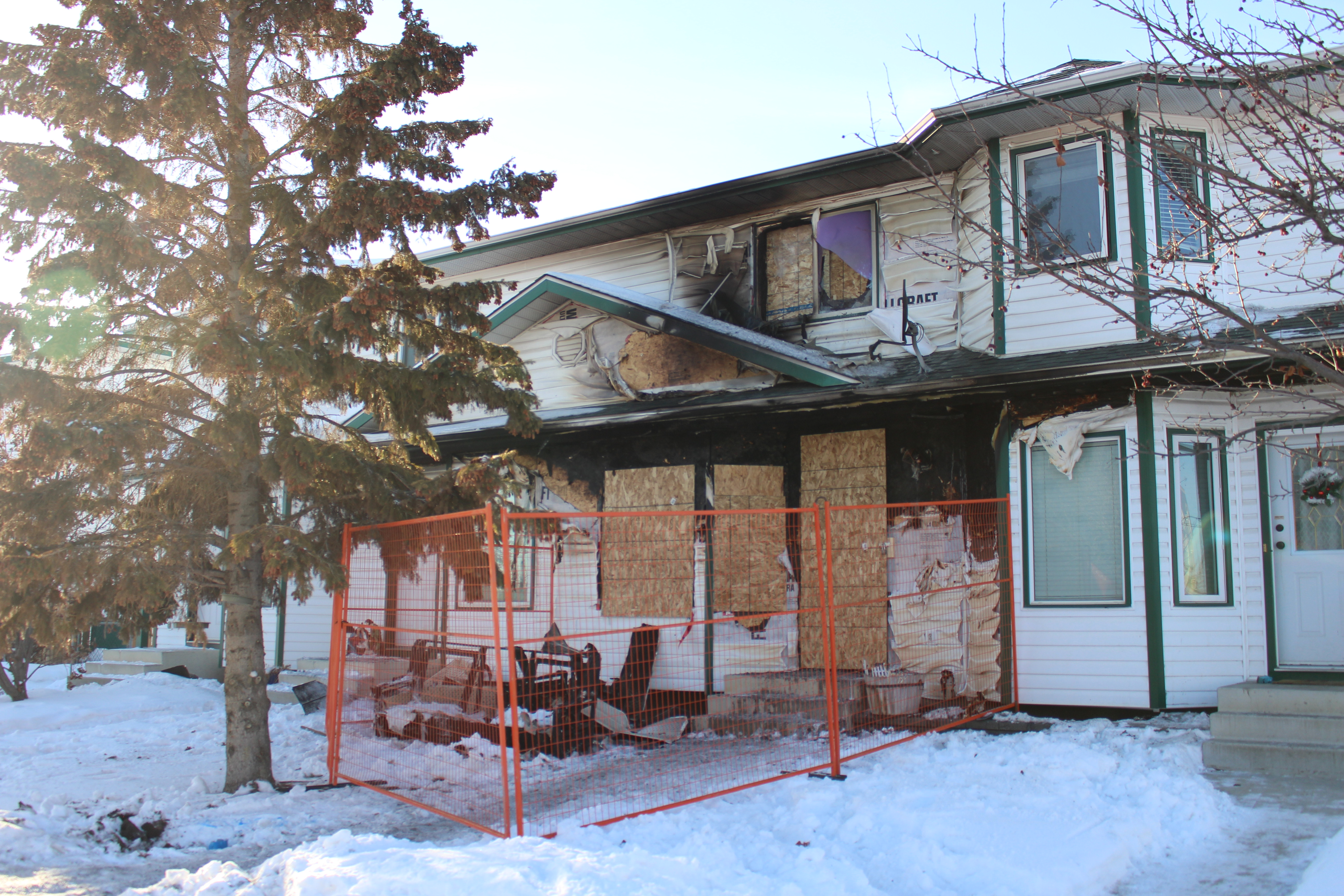 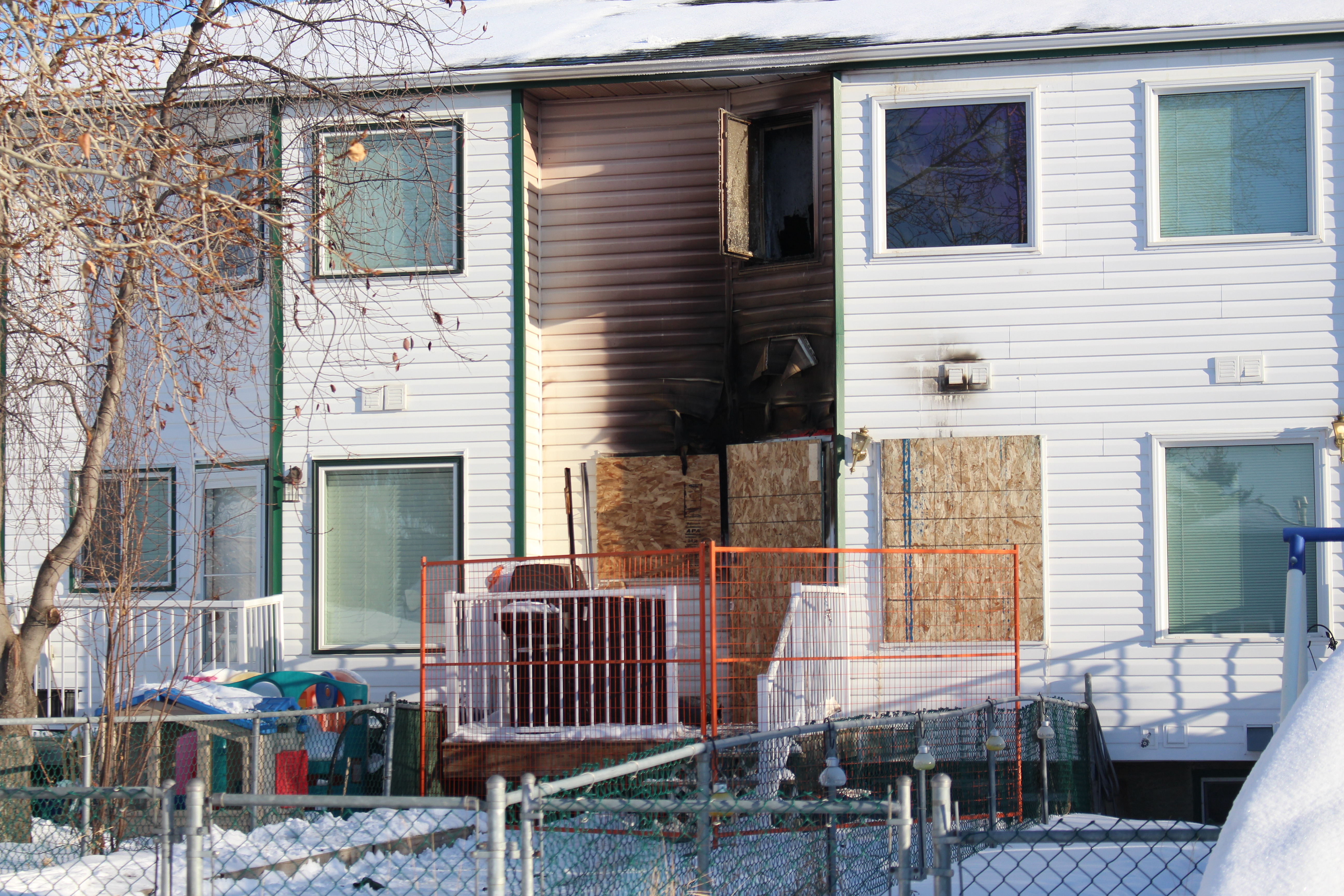 Warrant issued for attempted murder suspect. Do not approach

LCHS students fundraise over $10,000 in honour of beloved teacher and coach