Three Hills RCMP is seeking the public's help to identify two suspects following a break and enter in Delburne, Alta., as well as those in possession of stolen property in Red Deer, Alta.

On Oct. 28, 2022, at 12:15 a.m., suspects broke into a grocery store located on 20 Street in Delburne. An individual broke the front window of the business and departed in what appears to be a Dodge Ram. Later that day, a male attended a pawn shop in Red Deer and attempted to sell what is believed to be a stolen T.V. The pictured male departed in a Black Dodge Ram, which is believed to be the same truck used in the break and enter.

Male described from video as:

Female described from the video as:

Anyone who was in the area at the time of the incident and witnessed suspicious activity, or who has information that could help further the investigation, is asked to contact the Three Hills RCMP Detachment at 403-443-5539. Information can also be provided anonymously through Crime Stoppers by calling 1-800-222-TIPS (8477), by downloading the secure P3 Mobile App. 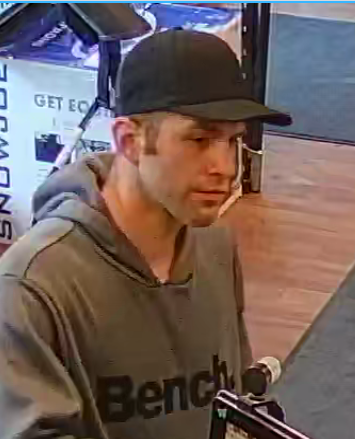