“Thank you for investing your capital here and for making it our first of a kind investment in the County. The opportunity to access the electrical grid just across the fence at the Nova plant makes this location a perfect fit,” said Barb Shepherd, Lacombe County Reeve in her remarks.

The plant is located at the corner of Township Road 384 and Range Road 260 (Freedom Road) and was previously owned by Shawn and Maryla Morton. The piece of land was selected due to it’s proximity to the substation and the wires that were already there because of Nova Chemicals.

“We have 2,500,000 kilometres of distribution lines in the province and 25,000 kilometres of transmission lines. Everybody right now is trying to concentrate on connecting to the transmission projects where they do hundreds of megawatts. We're focused on finding those little 20 to 25 MW projects that are scattered around Alberta, which we think is a better overall economic development engine. It supports the wires. Nobody has to make an investment in other wires for us, so that's our strategy,” said Claude Mindorf, Director of Development with PACE Canada LP.

The clean energy project valued at $65 million will generate 47 megawatts of solar powered electricity in the County of Lacombe. The power generated from the project will into the provincial power grid and reduce carbon dioxide emission by 47,000 tonnes per year. Another $10 million will go towards maintenance and operations over the life of the project.

The plant is constructed in partnership with PACE Canada LP and Goldbeck Solar which is a German company specializing in large-scale solar powerplants.

“I'm thrilled to see European partners coming here and setting up business because Alberta is the best place to do business in Canada. It literally is. The population flow of our people, the positive immigration that's happening in Alberta is another testament to the fact that there are good jobs. There's good economy. There’s great opportunity here. There's going to be more of it,” said Ron Orr, MLA for Lacombe-Ponoka.

The project is anticipated to create around 250 construction jobs and additional maintenance and agricultural positions over the course of the project’s lifetime.

“The issue really is that there's little maintenance in these projects.  There's little after the construction.

It's pretty much changing out the odd panel, cleaning them, and keeping control of the weeds. There's actually more jobs created in agriculture as a result of this project. This project will then be continuing the agricultural use through sheep grazing.  This land will actually get more intensively used for agriculture because it will have 200 or 300 head of sheep on it as opposed to 50 head that Shawn grazed here. From an agricultural point of view it's intensity increases, and those jobs aren't really always calculated in the solar. We're working on a theme called the ‘Agrivoltraics’, which combines renewable energy with agriculture to increase the profitability and the production on agricultural lands,” explained Mindorf.

Along with grazing sheep, planted beneath the solar panels will be a pollinator harbour and pollinator species of plants providing emerging jobs.

PACE Canada LP is currently working on four projects throughout the province including in Hanna, Caroline, Youngstown as well as the site in Joffrey. They intend to generate a minimum of 300 MW of solar energy over the next three years. The Joffre project’s completion is expected to be complete by early to mid 2023. 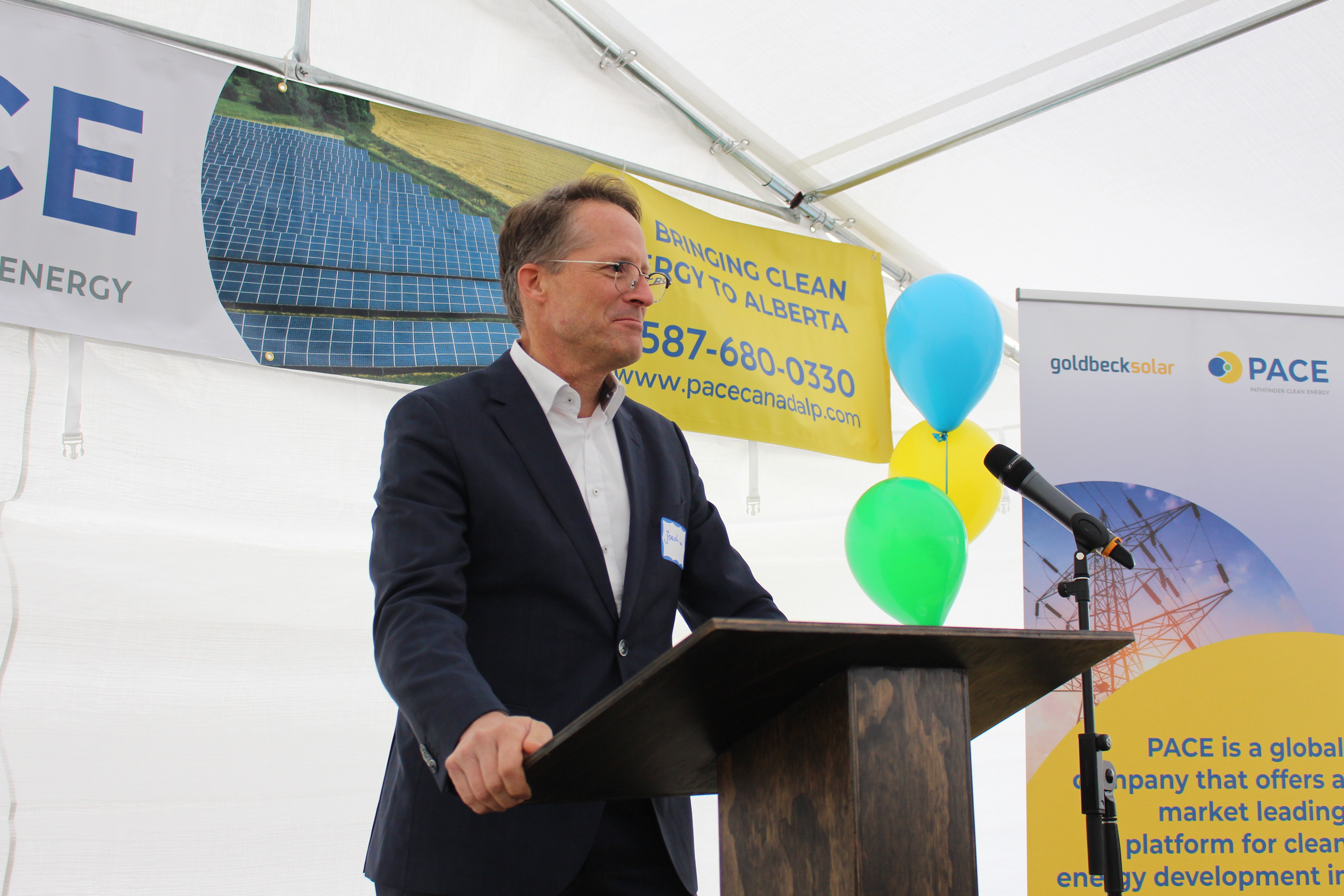 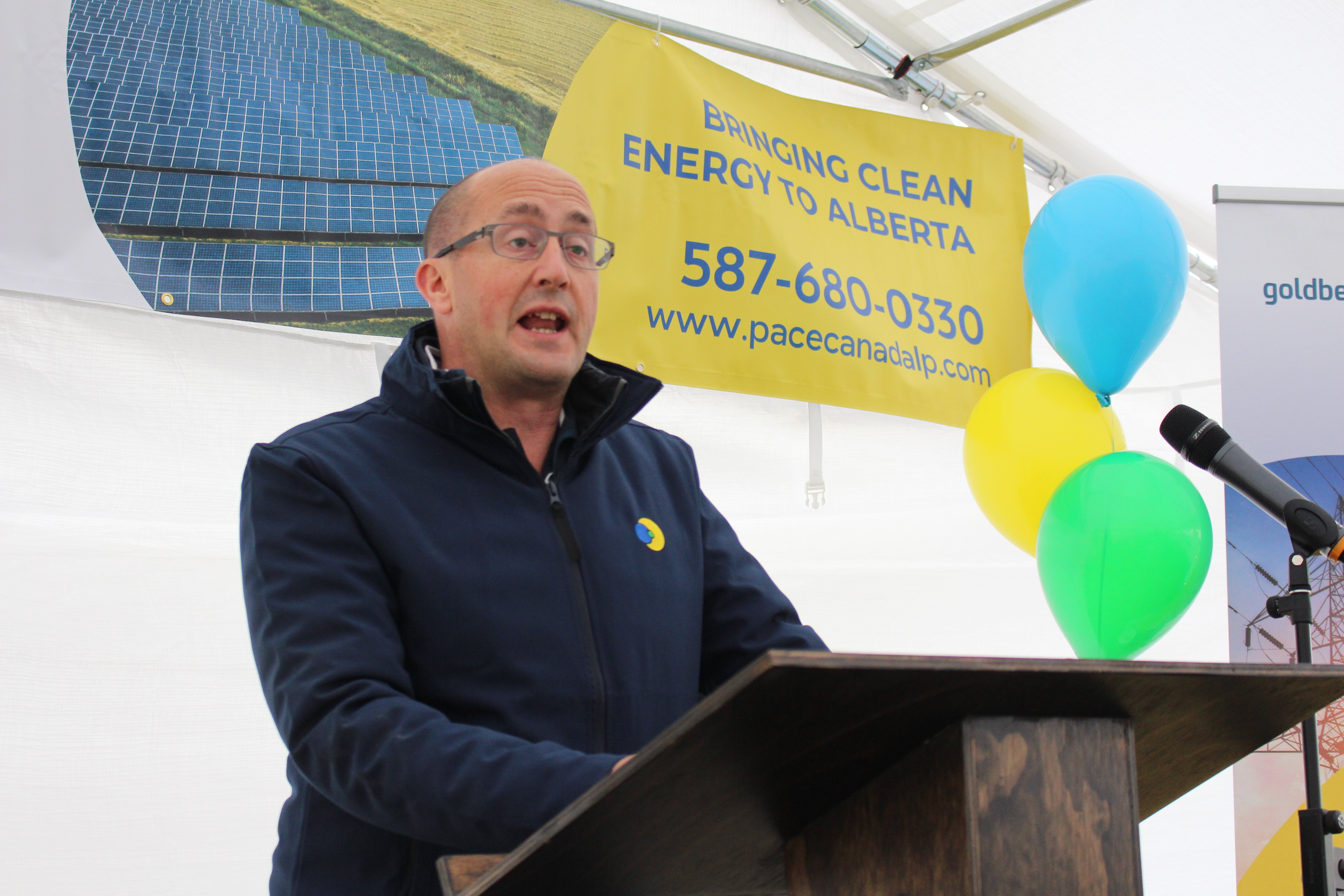 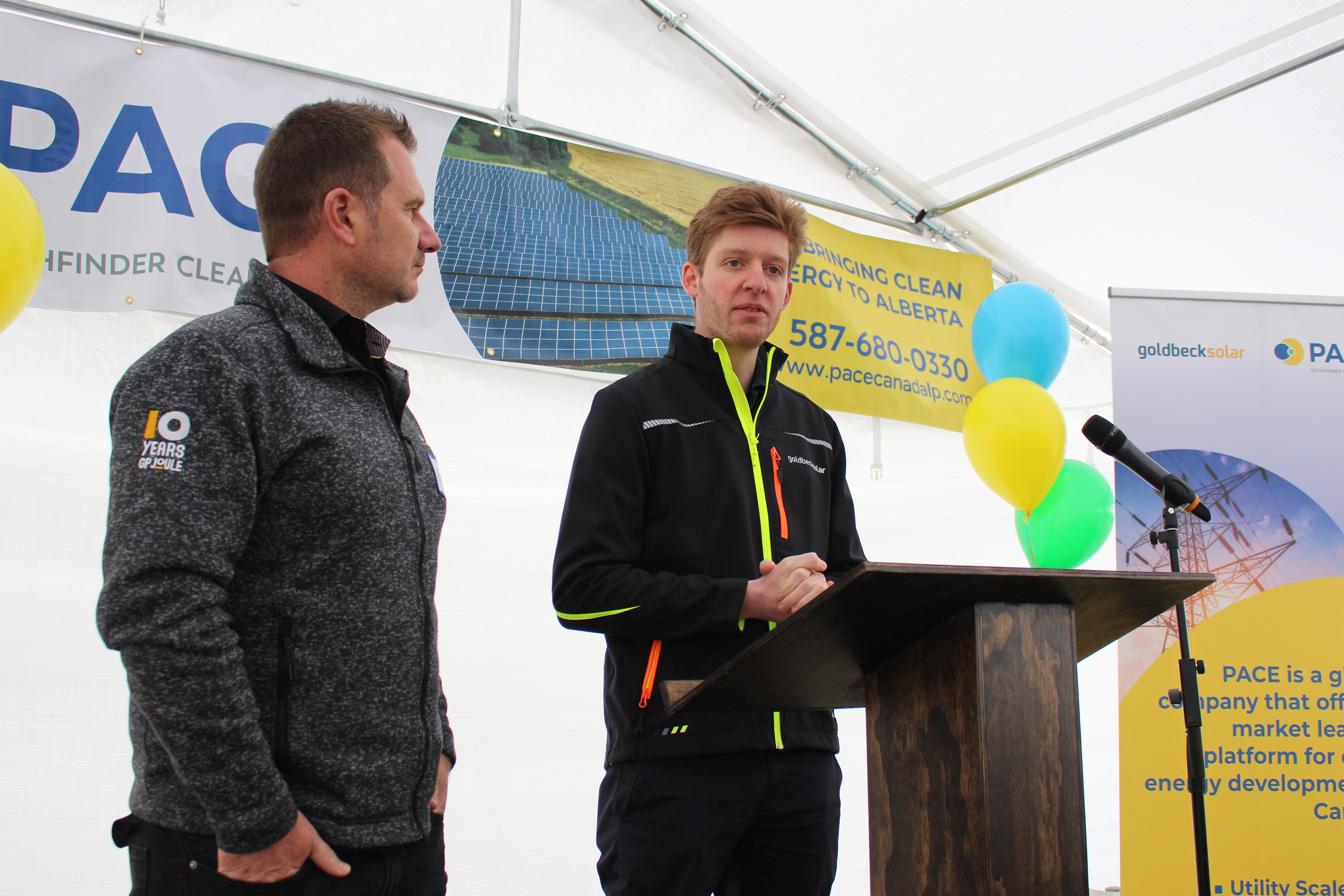 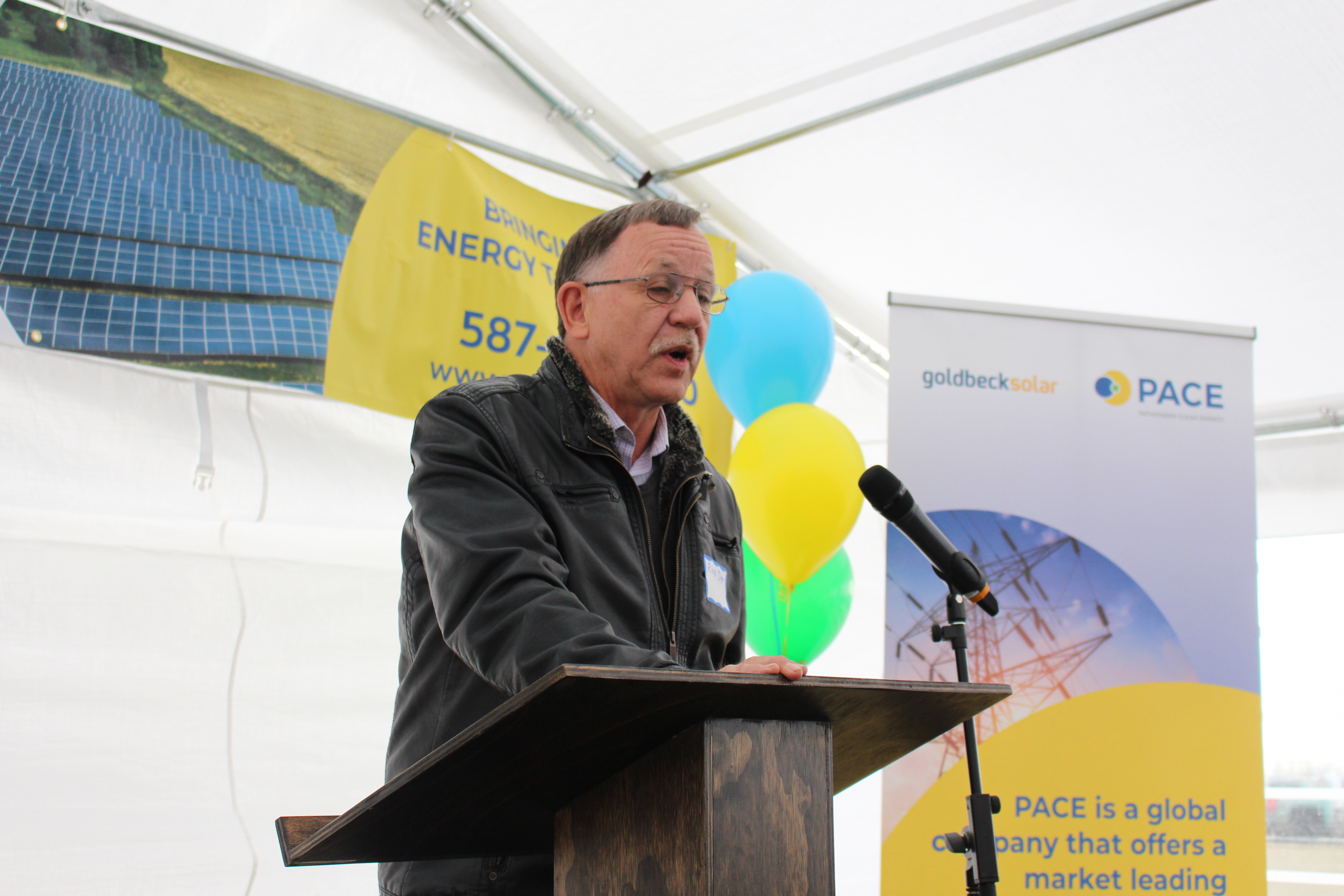 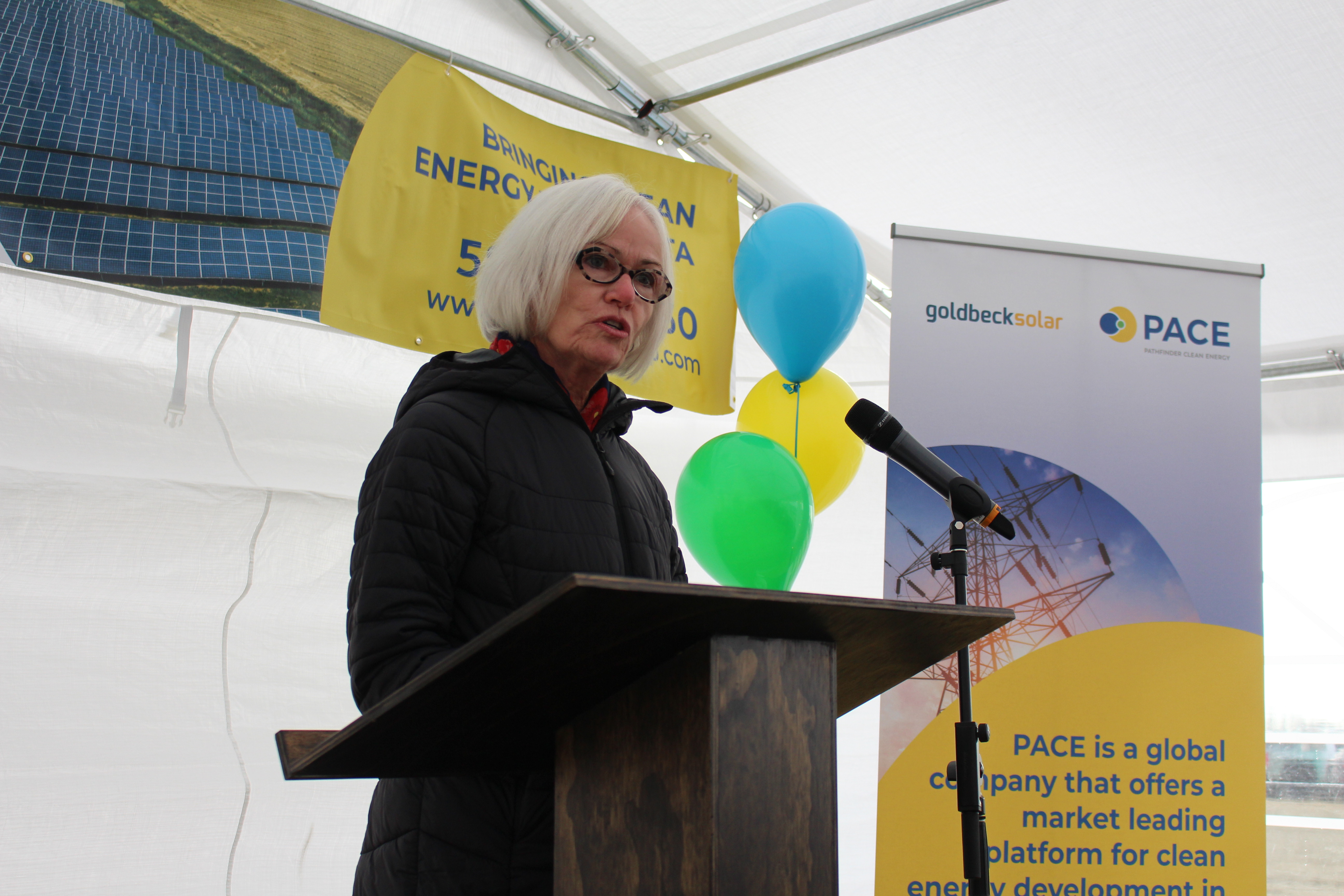